The Future of Food Production – Part 1: The Problem

The Future of Food Production – Part 1: The Problem 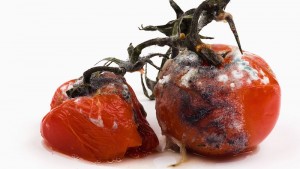 The UN predicts global population is set to rise by 2.5 billion by 2050. Effectively, that’s adding a population the size of China and India combined. It will require us to double our food production output. Throw in the fact that 1 in 9 current inhabitants of our planet are ‘chronically hungry’ right now, and we’ve a significant challenge on our hands.

A number of factors influence this food crisis. Lifestyles, income and social organization determine consumption levels. Technology and its availability and application heavily influence whether farming is sustainable or damages the environment; along with the corresponding levels of waste once acquired by people. Inequality is a third factor: land distribution is increasingly held by smaller groups of wealthier landholders.

But the fundamental growth in population really acts as a multiplier to all these. Per capita availability of grains (which make up 80% of the world’s food) has declined over the past 25 years. Furthermore, despite being critically polluted or over-farmed in some parts, our oceans are under-utilised: 99% of global food supply comes from land, with less than 1% from oceans or other aquatic farming.

Overuse of farmland, deforestation and indiscriminate use of agri-chemicals also negatively affect water resources, which cycles through to a continued reduction in land quality. Indeed, over a third of the world’s agricultural land has been abandoned in the past 40 years because of erosion or deterioration in quality. Sometimes, water is simply not available where it used to be; which matters because agriculture consumes around 87% of the world’s fresh water. The environmental cost is exacerbated by fossil fuels, essential for production of pesticides, fertilisers and to power the machines which are replacing human labour. Around 80% of the world’s fossil fuels are used by developed and mechanized countries; most of the rest in developing countries which need to find economies to compete.

Human factors such as market forces are also a challenge, for example the problem of ineffective food distribution. The US Grocery Manufacturers association states that ‘In the US alone, 215 meals per person go to waste annually’.

Demand for organic food is climbing fast in wealthier countries. People are better informed about food than ever and many are gravitating towards food that minimises synthetic fertilizers, chemical pesticides, hormones and antibiotic animal treatments. According to US Department of Agriculture estimates, organic food sales in 2005 were valued at around $13bn. By 2014 it had almost tripled at c$35bn. According to PwC, that’s nearly half the $72bn global demand!

You might think that the challenge for organic is productivity. As our population grows, so does demand for food. Organic agriculture just doesn’t yield the same quantities of food for the land used. Looking at cereals such as corn and wheat, or vegetables, the trend is clear: organic production methods deliver 25% less yield than non-organic.

But current global production is 22 trillion calories each year - more than enough for every man, woman and child on the planet (organically produced or not). Our real challenge, then, is distribution and waste (harvest, storage or after purchase).

Farm to Fork – Tracing our food!

Food scandals are on the rise. In June 2015, Chinese authorities seized over 100,000 tons of frozen meat – some of it up to 40 years old! Whilst not a health risk as such, we shouldn’t forget the 2013 ‘horsemeat’ scandal in which traces of horsemeat DNA were found in UK Beef burgers. What it signified was the importance of traceability in food production to prevent significant and systemic harms.

Modern food supply chains consist of multiple layers, which are often opaque yet highly dynamic, affected by currency fluctuations, climatic conditions and consumer sentiment to name but a few. These ingredients make it tough to give a fully verified view across the entire chain. Even Organic supply chains are hard to verify – they are subject to the same complexities through processing to finished goods as anyone else.

From the consumer standpoint, we are reliant on accurate food labelling that is also comprehensively explained to us. Things are slowly getting better. On May 20th this year, the US Food and Drug Administration announced enhanced Nutrition Facts labels for packaged foods. Labels will now include information about diet and chronic disease, helping buyers to make better informed choices about what they purchase and eat.

In Part 2, we’ll be exploring how innovation is set to overcome many of the problems detailed in this article. We’ll be exploring Artificial Meat, Commercial Algae Farms, new crop types, Desert Greening, insects and even a range of 3D printed food opportunities.