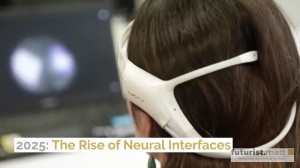 You may be unfamiliar with the term 'Neural interfaces' (NI). Let's start by defining what they are. Very simply, they are interfaces that facilitate a direct connection between our nervous system and computers. The system requires machines to interpret electromagnetic signals from the brain and in return to send modulated signals back to us in a way that feels natural. One metaphor to describe this is the way in which computer storage is both 'read/write'.

These interfaces are typically divided into 'wet' (hardware implanted directly into the spinal cord/brain) and 'dry' (outside devices that catalogue brain electrical activity).

According to Mark Robinson of Princeton University, the 'Neurotechnology' industry is forecast to be worth $145bn by 2025. Certainly worth taking seriously!

Who are the players in Neurotech?

On the commercial front, tech poster-child Elon Musk threw his hat in the Neurotech ring with the launch of Neuralink. Musk's aim is a direct brain-machine interface to extend and enhance the brain’s abilities. To compete with the rise of Artificial Intelligence, he believes we need to enhance human memory and processing speed. That said, the MIT Technology Review doesn't believe his prediction that human telepathy will be possible by 2027.

There's plenty of ambition to crack the brain-machine interface. Bryan Johnson of Kernel envisions 'neuroprosthesis', by which we could see a world where we 'download Kung Fu' skills in seconds, as Keanu Reeves showed us in The Matrix. Right now, their ambitions are more pragmatic; to enhance memory in people suffering from neurological conditions.

Ubiquitous social network giant, Facebook, is exploring whether we might 'hear words with our skin' and transmit thoughts with a headband - almost certainly part of Zuckerberg's ambition to have us sharing thoughts with our friends.

It's not all serious stuff though. The gaming industry is recognising the value in NI. Boston based 'Neurable' hopes to facilitate your Virtual Reality gaming experience by using your thoughts alone. “You don’t really have to do anything,” says co-founder and CEO Ramses Alcaide, who developed the technology as a graduate student at the University of Michigan. “It’s a subconscious response, which is really cool.”

Timeline for use cases 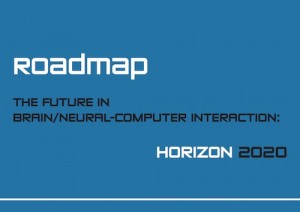 An EU funded report produced by the Graz University of Technology in 2015 attempted to forecast how NI would develop leading towards 2025. With the advent of Emotiv's 'Brain Controlled Technology' headset, we might even be a bit ahead of the current 1-3 year forecast!

What about arising social consequences?

Unintended consequences will almost certainly include:

Anti-virus software of the human body: A new industry?

Problems create jobs and businesses. As more NI interfaces join the 'Internet of Things', they will be identifiable by IP address. If our NI happens to be an NI implant, it opens us 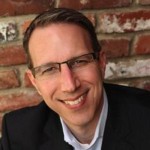 up to hacker attacks.

"The bad news is when your heart is an IP address, then it’s also subjected to denial service attacks, malware, and other types of problems. By the way, that punk kid, 17-year-old, in his mom’s basement next door, now has access to your heart too.” Marc Goodman. He spent a career in law enforcement, including work as Futurist with the FBI, Senior Advisor to Interpol and street police officer. Interesting podcast here about the challenges faced.

Information security firm Kaspersky is already thinking about Neural interfaces in its blog. No doubt they and similar firms are readying themselves to protect us.

Could telepathy evolve from science fiction to science fact?

Thought sharing is the practice of sharing our thoughts directly to machines or one another.

Progress is certainly being made. Scientists have just managed to connect the brains of three people, enabling them to play Tetris. Perhaps this represents the first step towards group or collective minds coming together to solve a problem?

A former Facebook executive founded Openwater in 2017 and wants to enable telepathy by 2025. According to their website, "Openwater is creating a device that can enable us to see inside our brains or bodies in great detail. With this comes the promise of new abilities to diagnose and treat disease and well beyond communicating with thought alone."

Neural Interfaces are still in their infancy, but significant effort and resource are being invested to manifest them into reality. As outlined above, NI offers significant benefits but also presents huge challenges. The jury's out as to where we go from here, but an awareness of the implications will go a long way to ensuring we minimise the downside while enjoying the advantages Neural Interfaces have to offer.