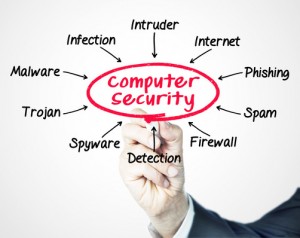 There's no doubt about it. Cyber attacks are getting more sophisticated. However, so are the protection measures. As long as one exists, so will the other.

In the previous post, I looked at one of the earliest computer security crimes involving Roswell Steffen and the embezzled $1.5m in 1973.

A landmark case in 1988 involving two journalists, Stephen Gold and Robert Schiffren recorded how Schifreen gained access to BT's 'Prestel' system by watching an engineer enter access details at a trade show. Through this, they even gained access to Prince Philip's personal message box. Despite not showing intention to damage the system or Prince Philip, it did lead to the UK Computer Misuse Act 1990. The act represented the first time an official piece of legislation existed to deal properly with Computer Security crime and has been updated several times since its inception.

Trends of computer security remaining unchanged over the years include:

In the next post, we'll look at whether security is getting better or worse.